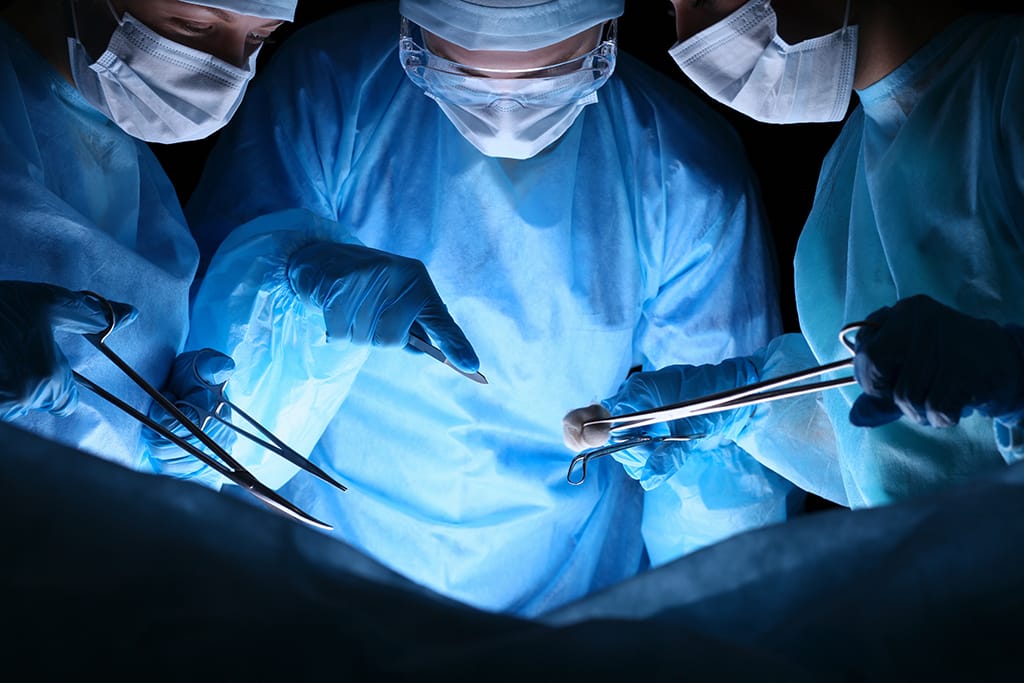 A Medical Diagnosis of Jesus’ Death by Crucifixion

As moderners, we’re detached from genuinely understanding the words “Jesus died on a cross.” First-century hearers of this account would clearly understand the horrific implications – provoked with feelings of revulsion, distaste, and even vicarious humiliation.

My goal is to help bridge the 2000-year gap by offering a detailed perspective of the physical reality of Jesus’ death by crucifixion.

The content below is an accurate, historical, and medical examination of Jesus’ death, confirmed by today’s most credible historians and physicians in this area of study.

Jesus’ anguish started in the Garden of Gethsemane in the early morning of his arrest. The Bible records that Jesus essentially had a panic attack that night, highlighting the fact that Jesus was in great distress even to the point of death, while also sweating drops of blood (Matt 26:38, Luke 22:44).

Jesus was suffering from a medical condition called hematohidrosis.

Medical summary of hematohidrosis:
The subject undergoes such intense stress levels, resulting in blood vessels that rupture into the sweat glands, causing a hemorrhage into the ducts of the sweat glands and the subsequent extrusion out onto the skin. Thus, the subject sweats blood.

A significant number of cases related to this condition were associated with a severe anxiety reaction triggered by fear. It’s essential to understand the exhaustion that ensues with this type of response and to keep in mind that this was before Jesus was dragged around Jerusalem, flogged, and crucified.

Scourging was the usual procedure prior to the crucifixion. This type of punishment at the time was the most brutal and inhumane punishment executed by Roman Soldiers. The victim was usually tied to a column and then whipped with an instrument called a “scourge.”

The scourge typically had three leather straps, and at the end were small balls of metal, iron, or bone that would tenderize the victim’s flesh as he or she was beaten. The end of the whip contained hooks that sank into the skin, ripping flesh off the victim. It wasn’t unusual to see ribs coming out of the individual.

Medical summary of a Roman scourging:
The severe blows to the chest and ribs resulted in the bones being broken, bruised, and even ripped out during this process, which would, in turn, cause excruciating pain every time the victim attempted to take a breath. This is called splinting.

The victim would writhe and twist in agony, falling to his knees, only to be jerked back on his feet time and time again until he could no longer stand up. This process had no dignity, as insults and scornful words were hurled at the victim for further humiliation.

“Bouts of vomiting, tremors, seizures, and fainting fits would occur at varying intervals and sometimes appear during these maneuvers [the scourging]. There would be agonizing shrieks by the victim after each lash, usually begging and pleading for mercy. The scourging propelled Jesus into an early stage of shock. Over the next few hours, there would be a slow accumulation of fluid developing around the lungs, adding to His breathing difficulties. There would also be lacerations of the liver and perhaps the spleen.”

Jesus Endures a Crown of Thorns

After his beating, Jesus was given a purple cloak, a fake staff, and a crown of thorns to inflict further pain and humiliation. The soldiers filed past Jesus, kneeling before him, spitting on him, and taking away his staff, they struck his crown and face with it.

Medical summary of the crown of the thorns:
The blows from the staff would have irritated the nerves bringing about pains that would be similar to an electric shock. Again, Dr. Frederick relates, “Exacerbations and remissions of throbbing bolts of pain would have occurred all the way to Calvary and during the crucifixion, activated by the movements of walking, falling, and twisting; from the pressure of the thorns against the cross; and from the many shoves and blows by the soldiers.”

At this time, there would be a significant build-up in the lungs (pleural effusion), making Jesus progressively weaker, light-headed, ashen to color, short of breath, and unsteady on his feet. The increased blood loss is cycling him toward hypovolemic shock.

Jesus Endures the Travel to His Place of Death

The trip from Antonia to Golgotha is about a half a mile. The road was unpaved, bumpy, and studded. Since Jesus was going outside the city, this was an uphill climb. The weather would have been hot and dry, causing further irritation to Jesus’ lacerations and open wounds.

Extreme pains would have radiated across his face and scalp every time he tripped and fell from exhaustion, compounded further in his muscles and joints from having to get back up again and again.

His cloak would have been virtually glued to his body by the clotted blood in the open wounds caused by the scourging, and it’s no doubt that it was yanked off, sending jolts of pain throughout his entire body.

All of this, and Jesus still had to face the most horrific of all- the crucifixion.

At the place of his death, three Roman Soldiers forced Jesus to lie down while securing him to the crossbar of the cross. One soldier laid across his chest, holding him in place, while two others would stretch out his arms to secure his hands to the crossbar. The nails (about 5 inches long, square) would have been nailed through the palm of the hand, just below the bulge at the base of the thumb (not the wrist).

The two soldiers on the side then would lift the victim, while the third soldier would grab him by the waist or legs, elevating him to his feet. They would then secure him to the vertical piece of the cross that was already in the ground. They would bend his knees until his feet were flush again the cross, and then both of his feet (separately, with two nails) were nailed to the upright.

The cross would have been at eye level so that mockers could hurl insults at the victim, and to further the humiliation. The Romans would crucify their victims completely naked. It was done on a hill to be visible to the majority of the city, as a deterrent.

Medical summary of the entire event:
The panic attack in the garden caused loss of circulating fluid volume, provoking significant exhaustion and fatigue. The scourging caused severe trauma to the nerves, muscles, and skin, as well as rib fractures and bruises. It would have caused splinting and even lung failure. Subsequent to the blood loss and shortness of breath, the heart sac would have been inflamed, making each breath feel like stabbing pains.

Bouts of vomiting, tremors, and fainting fits would have occurred frequently during this whole process. Jesus would have experienced shivering, severe sweating, frequent seizures, and craving for water. A decrease in his high blood pressure would have caused light-headedness, and his heart rate up to 200 beats per minute to account for further blood loss.

Jesus endured so much pain that his body finally gave out due to traumatic and hypovolemic shock. The hemorrhaging and pain overwhelmed his body to the point of death.

Jesus Endured Our Suffering and Died Our Death

Jesus endured these shocking realities voluntarily, as his passion and resolve completed God’s plan to deliver us from our curse by making him a curse in our place. At the cross, God removed all of our burdens, and He put them on Jesus to absorb the accumulative weight of our failures and short-comings. Jesus took our sin to bear our punishment so that we might be forgiven in the face of God. As we gaze at the cross, we must always remember that it is us who he is replacing.

Jesus bore our anguish that we might not suffer.

Jesus was cast off that we might be brought in.

Jesus was punished as an enemy that we might be welcomed as friend.

Jesus surrendered to hell’s worst that we might attain heaven’s best.

Jesus was made a shame that we might be given glory.

Jesus endured darkness that we might have eternal light.

Jesus cried out in pain that we might sing a new song.

Jesus closed his eyes that we might receive sight. 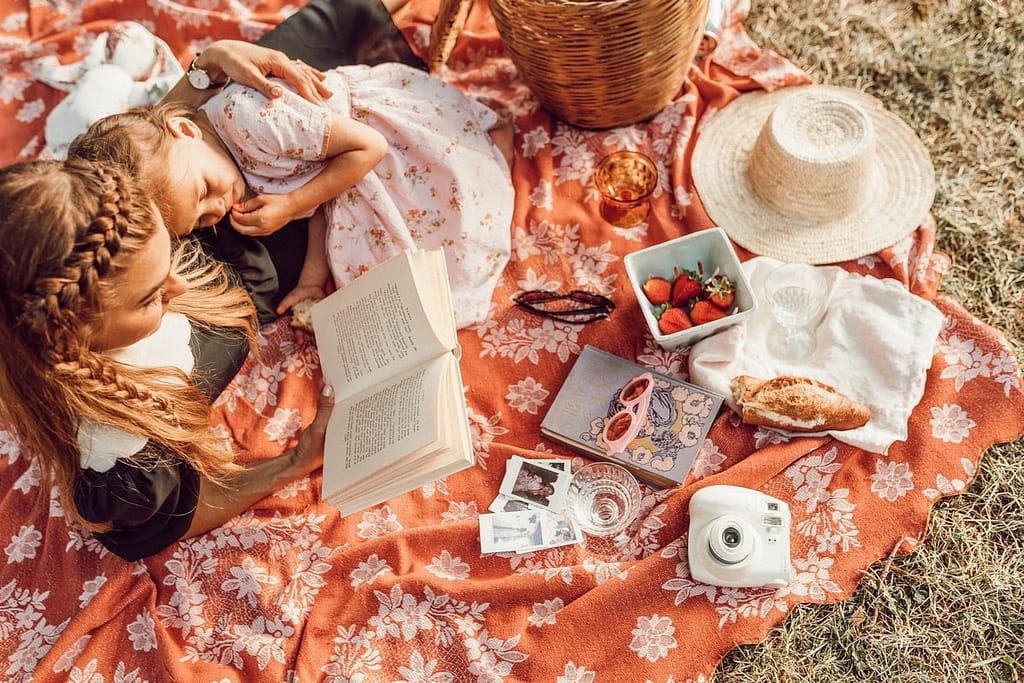 Advent: Jesus, a True Light in Our Darkness

The Struggle for Purpose and God’s Plan for Ordinary Lives

15 Foundational Principles for Real Men to Live By

A Medical Diagnosis of Jesus’ Death by Crucifixion